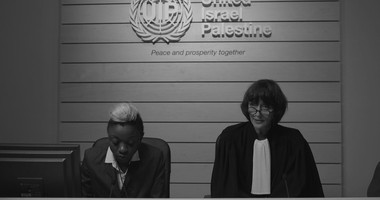 More on the project

UIP27 has its starting point in the different perceptions of drama and documentary. It proves difficult to mediate the conflicts between these two notions, as they are increasingly getting closer. Maybe the only real is our experience and then, paradoxically, the theatre seems to be one of the spaces where we can create a common experience between the audience and the performers.
Joachim Hamou’s artistic research aims at dissolving the dichotomy between drama and documentary and by so doing, make both the audience and the performer more attentive towards their own positions.

UIP 27 invite the participants to contribute with authentic language and expert knowledge, and the actors to add a psychological and private dimension to the projected conflict. The project creates a reflective space, where an actual political conflict can be discussed, dissected and staged. Co-producers in this space are the audience that in this case not only participate in the discussions with the invited participants and the actors, but also become part of the actual filmed scenes and documentations.

In this kind of participatory performance a “now” is created and shared by audience, performers and participants. But how does the situation change when the actors “historicize” this immediate “now” as an incorporated aspect of the performance?