The Center Appoints its First Professor 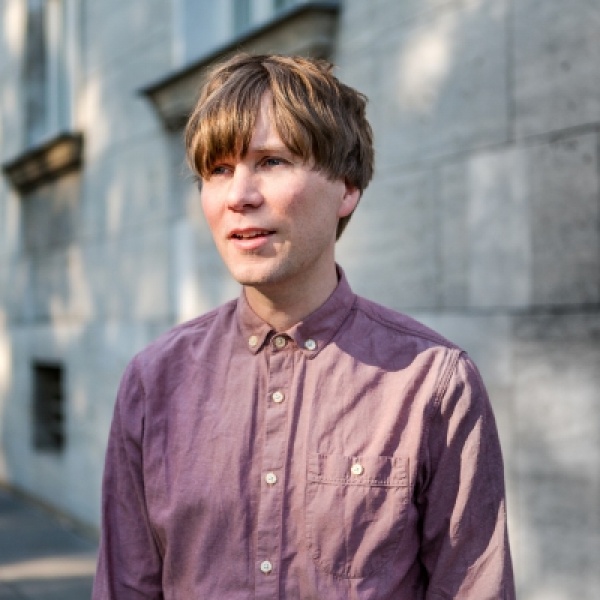 The Center Appoints its First Professor

Press release: The International Center for Knowledge in the Arts Appoints its First Professor

From 1 August 2020, Kristoffer Gansing will be the Professor of the new International Center for Knowledge in the Arts. Gansing will be responsible for directing and developing the Center, and for creating a shared environment to kindle artistic knowledge in the areas of visual art, film, music and performing arts.

Regarding the new appointment, the Center’s coordinator and Rector of the Royal Danish Academy of Fine Arts, Kirsten Langkilde says:

“As the Artistic Director of the transmediale festival in Berlin, Kristoffer Gansing displayed great talent for creating a joint, dynamic forum for sharing knowledge in the arts across disciplines. I am confident that, as our new Professor, Kristoffer Gansing can activate and inspire ideas for collaboration between the various schools and enhance their work with an understanding of the knowledge that art possesses.”

Kristoffer Gansing was Artistic Director of transmediale from 2011 to 2020. His achievements included: the launch of a residency programme for artistic research, research workshops and other activities that extended beyond the annual festival. His PhD from K3 School of Art & Communication in Malmö is titled Transversal Media Practices. It entails a practice-based perspective on knowledge in the fields of art and technology. In the 00s, Swedish-born Gansing lived in Copenhagen, where he was a key player in a number of collective and self-organised projects such as the artist-run TV channel tv-tv (2006-2010) and The Art of the Overhead festival (2005-2009). His recent publications include across & beyond – a transmediale reader on Post-digital Practices, Concepts, and Institutions (Sternberg Press, 2017) and The Eternal Network (Institute of Network Cultures, 2020).

He has this to say about his visions for the International Center for Knowledge in the Arts:

“Particularly since the Corona crisis, everyone is more aware of the need for long-term strategies and formats for the arts that extend beyond event culture and the next exhibition opening. Artistic research and development are major fields when it comes to looking at the knowledge art possesses and its power in society. The Center will serve both as a unifying resource for artists conducting research in educational institutions and as an interface vis-à-vis the evolving international artistic research and development scene. My other goal is for the center to look outwards to society and to promote and discuss the vital contribution art makes in terms of understanding the world around us with all its cultural, technological and environmental challenges, not only in a global, but also in an increasingly polarised and conflict-ridden public sphere. In this context, artistic research can make a huge contribution, given its aesthetic and perceptual forms of knowledge production that take a fresh look at the truths, which otherwise we would take for granted.”

Regarding the field of artistic knowledge, development and research, Kristoffer Gansing adds:

“I see the Center as part of a potential new direction in the area of artistic research. It will build directly on the practice-oriented tradition that exists in Denmark in the field of artistic development activities. The artistic programmes have a unique opportunity to establish a shared interdisciplinary language for artistic research that can find expression not only in more traditional forms such as PhD programmes, publications and seminars, but also in other, performative forms aimed at disseminating art’s knowledge. One of the Center’s main tasks will be to develop and share this language both with artists conducting research and with a wider public, in terms of the values, methodologies, quality criteria and the overall reflection of artistic research vis-à-vis art’s unique forms of knowledge.”

About the International Center for Knowledge in the Arts

The International Center for Knowledge in the Arts is the first of its kind in Denmark and was founded in 2019 by the Higher Education Institutions within the Fine Arts. The centre will provide a framework for the disciplines of visual arts, film, music and performing arts to meet and pursue joint artistic development, to investigate current themes related to artistic development activities (KUV), and to enhance and promote artistic research.

The purpose of the centre is jointly to develop and strengthen cooperation between the research and development areas of the various institutions of higher artistic education, facilitating integration of these areas into an international context.

The members of the International Center for Knowledge in the Arts are: